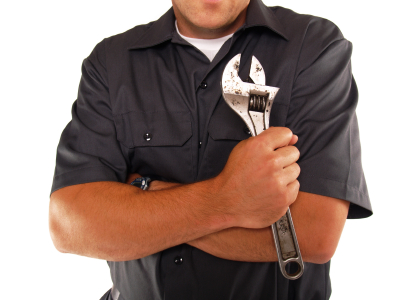 I sometimes joke with friends, when something goes wrong with some arbitrary bit of equipment, that I do software, not hardware. This past weekend I've been putting that axiom to the test, nay, perversely stressing it, by building my own desktop PC.

What? I hear you cry, are you nuts? How do you know what to buy, what to do? Well, you see, I'm not quite that nuts. I decided to follow Jeff Atwood's description of building Scott Hanselman's PC, dubbed "The Ultimate Developer's Rig" or UDR (parts 1, 2, 3, 4). Not only that, I also grabbed hold of Dustin Campbell's coattails and followed his slight variations on the theme (parts 1 and 2).

In essence, the reason for doing this rather odd thing is that I find my nice Dell XPS M1210 perfectly suited to travel, but a little too slow for day-to-day work in my office. I didn't want to buy another laptop-as-desktop-replacement machine either: I would never carry it around anyway, and I wanted some kind of expandable system with at least three screens.

So I read Jeff's series avidly and day-dreamed about doing the same thing. Then Dustin built his (at a cheaper price), and I made plans to buy the bits. I finally ordered and everything came last week, leaving me a weekend in which to get everything up and running.

The system I built is this one (links go to NewEgg where I bought everything).

A couple of notes are in order. First I agreed with Dustin in that, if I was going to run a 64-bit operating system, it made absolute sense to go for the maximum amount of memory that the mobo (motherboard) can handle, which in this case was 8GB. I only bought the primary hard disk (the awesome 10,000 RPM Raptor) because I already had a 250GB 7200 RPM SATA drive. The reason for getting a DVD player as well as the DVD burner is that I wanted to set the player to region 2 so that I could watch UK DVDs (the US DVD releases of English telly series suck the big moose and come out waaaaay later or not at all). The monitor was a duplicate of the monitor I already had and which I liked — I thought it would give a nice elegant unified and planned feel to my desk — and I have another 1280x1024 screen that I was going to use as well. I also went with a System Builder copy of Windows Vista Ultimate to make sure I was on the straight and narrow, and because I just fancied calling myself a System Builder (the license agreement says that I have to contact myself if there's any OS tech support questions!).

It all came in three shipments: the case, the screen, and everything else. I unpacked it all around the coffee table where I was going to build it.

The first steps went pretty well (Jeff's first part, essentially). The BIOS setup screen came up just dandily, everything was recognized, and I messed around looking into all the options. I slapped myself on the back: this was going to be a breeze.

Then I tried to install the OS. The system froze. Nothing apart from a blinking cursor in the top left of the screen. Major sinking feeling.

I tried another Vista install DVD I had lying around. Same thing. I went online and started googling. There seemed to be some rumors out there on the intertubes about this particular mobo not liking 8GB, or not being happy with all memory slots occupied. Fine: I took out two sticks to see. Nope. In desperation I took out another, leaving just 2GB. The operating system started to install. WTF?

I decided to let it install, and then update it fully using Windows Update. Maybe there had been some OS fix in the year since Vista came out that would fix my particular problem. Vista installed perfectly, even with 2GB of memory, and I updated it. Now for the moment of truth: I inserted all the memory, and then rebooted. The system froze. I took out one stick (which according to the MSI manual was not allowed) and the OS booted. My Vista performance rating was pretty bad though — it seemed that the unbalanced memory was dragging the speed down. Hmm. I took out the odd stick and rebooted.

Unfortunately it was Saturday afternoon by this time and Dustin, my guru on this build, was not online. I decided to continue building the PC and installing applications. By this time I'd migrated upstairs to my office so that I could plug the machine into my router in order that I could have internet access. I plugged in the other video adapter and all the other connectors from the case into the mobo. I made sure that all the cables were nicely stowed and then closed up the case. I then spent a sweaty 15 minutes reorganizing all the cables and power behind my desk so that I could put the new PC in its rightful position. I connected up the three screens and hit the power on the PC and sat back.

Only two screens came up, the two on the first video adapter. The third, on the second adapter, stayed quiet, receiving no signal. Another sinking feeling. Did I forget to connect the power to it? Was the second adapter DOA? I pulled the PC out from its place and took the side panel off the case and checked all connections. Everything seemed fine, but that second adapter didn't seem to output a signal. It was Sunday now, and Dustin still wasn't online — since he had exactly the same hardware he could tell me where I'd gone wrong, but the little bugger was obviously enjoying some quality family time. Didn't he know I was in dire straits? Where's the compassion, the sympathy for his fellow System Builder on the rocky road to ultimate System Builderhood, huh? Nowhere, that's where.

I swapped the video adapters round. I swapped the power cables to the video adapaters as well. No matter what I did, the adapter in the primary slot was the only one working. The mobo is at fault? I looked at the manuals for both the mobo and adapter. No clue, apart from how to put the two video cards in SLI mode, which I didn't want. (In SLI mode, the cards are joined together to act as one with more processing power, but they can only drive two monitors.) The manuals seemed to be written in Babelfish translated English, which is dead funny when you read it on The Daily WTF, but when your couple of grand is on the line suddenly doesn't seem all that hilarious any more.

I gave up with the hardware and continued installing software for the rest of the weekend.

Come Monday morning, Dustin was online. Finally! You mean Developer Express pays this slacker to take weekends off? When his CTO is building a PC? Geez. Just because he didn't know I was doing so is no excuse!

First thing he said was I should update the BIOS on the mobo. In fact, he maligned my intelligence because I hadn't already done so. I whimpered saying that I didn't have Windows 95 or ME handy to build a bootable USB drive. He then further emphasized my lack of credibility in the intelligence department by saying that Jeff Atwood had given all the links necessary in his posts. I did as I was told, and suddenly, after a mere 10 minutes of work, had the full 8GB of memory working in my machine. Bloody hell.

Then came the true test: the video adapter in the secondary PCI-Express slot wouldn't drive a screen. Here he couldn't remember exactly what he'd done but suggested something to try. The mobo has a weird card that is part of the SLI support. I say weird because the card has two ways of being plugged into the mobo. As shipped, the card is plugged in in "non-SLI mode", but you can unplug it, rotate it through 180 degrees, and then insert it in "SLI mode". I hadn't touched it because I didn't want to use SLI mode, I just wanted three screens. Well as it happens this card activates the secondary PCI-Express slot. Yeah, right, it's not in the friggin' manual otherwise I'd had have done it before; after all I did RTFM.

So I switched the SLI card around and the second video adapter started working and the third screen lit up like Guy Fawkes' Night. The whole UDR is wonderfully performant and the three screen setup is wonderful. Vista 64-bit Ultimate is pretty damn good, even without SP1. I'll admit though that, given all the issues I ran into, I haven't tried overclocking it yet as Jeff did in his third article. I've decided to let it settle down in regular use for a while and then try doing it possibly in a month or so.

In summary, for all you budding n00b System Builders out there (of course, I can say that since I am no longer a n00b, but a System Builder Grand Master), I have two pieces of advice: always update your mobo BIOS before you do anything else, and switch that SLI card around even though you are not going to use SLI. Good night and good luck.

UPDATE: And on 22 July 2017, after not booting it for at least two years (I think it was still on Windows 8, it was that long ago), I scrapped it and took it to the electronics recycling place in town. These days I find that laptops (ultrabooks) plus docking stations do everything I need to do.