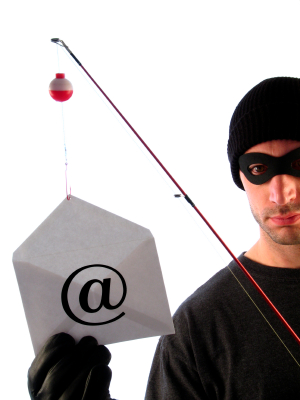 This one I don't get. For a while now I've been collecting all emails sent to unknown email addresses at boyet.com into their own folder on the mail server. Before, I just consigned them automatically to the bit bucket, but for some reason I suddenly got worried that people were sending emails to julian or bucknall or theauthor or whatever @boyet.com. So I turned on the option to collect them all to see.

But that's not what I want to talk about.

Over the past few months I've noticed that people are inventing email addresses on boyet.com in order to register at Friendster. I'm sure my domain isn't the only one, that I'm not being specially blessed with this behavior. These fake registrations also happen with Yahoo and MSN and other sites as well, though how they think they're going to answer the confirmation emails, I haven't a clue.

My question is WTF is this all about? Why would someone register on Friendster with a made-up, invalid email address? There's one 16-year old from the Philippines with 40 friends on Friendster, all of which seem to be teenage girls, some of whom have, er, sent/registered "testimonials" for him. He uses a made-up email address on my domain and hence never gets any of the emails these "friends" send him.

Of course, the first thing to point out is that the "16-year-old from the Philippines" line could be just as made up as his email address, and almost certainly is. Ditto for the 40 adoring friends.

My question is, what's the scam? For I most certainly think there is one, somewhere. Is it just setting up a "presence" so that his persona "exists" and from that launch a scam or worse on an unsuspecting teenage girl? Kind of like the 41-year-old perv pretending to be a teenager on a chatroom to entrap a gullible girl; "my family will be in your town next week, meet me at McDonald's"? Or is it some other scam that I can't see?

By the way, I've taken to annoying the crap of these email poachers. Since I "own" their email address, I've taken to logging in as them (Oh dang, I don't know the password, so let's click the "send it to my email address" button, et voilà there it is), and then deleting their Friendster account. So, it's bye-bye "16-year-old from the Philippines", you've annoyed me once too often.