Drunks On A Plane 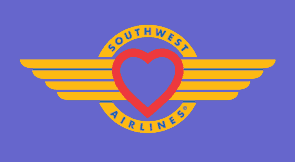 Last time I visited our Glendale office I caught what has become my usual flight back to Denver: the 7pm Southwest flight from Burbank, which stops off in Las Vegas for a quick half hour en route. Unfortunately the only direct flight between Burbank and Denver is run by SkyWest on behalf of United and it's just more expensive as well as being on one of those regional jets. LAX, as a destination airport, is just too far away from the office, both in terms of distance and traffic.

So that particular Friday evening, I got on the plane at Burbank and settled down for the quick 50-minute flight to Las Vegas. The plane was packed as usual: it seems lots of Angelenos go to Las Vegas for the weekend. The flight is so quick, they don't even have time to serve refreshments to everyone.

Once parked at McCarran, the plane emptied apart from two of us continuing onto Denver. We get to choose our seats for the final leg and I went for the very front seats on the left of the plane for the legroom. Seat 1A. For some reason Southwest's standard fitting for the 737 has the very front seats with no tray tables. The bulkhead in front of the seat means there's no tray tables in front of you, and the armrests also don't have any tray tables slotting into them (like on United, for example). No sweat, I've become adept at using the floor between my feet.

The plane started to fill up but due to the lateness of the hour, and being a weekend, the plane was only half full. No one sat next to me during the initial on-rush of passengers, but then, about 5 minutes before the door closed, a man wearing a white polo and white shorts and sandals sat in 1C. Seemed like a business type, who'd either spent some downtime in Vegas or was dressed comfortably for the trip to Denver.

He proceeded to monopolize the middle seat. I'd already switched off my iPod -- the episode of Doctor Who I was watching had just finished (episode 12 of Series 1, if you must know, and Doctor was in dire straits and I was ready to watch the concluding episode for that two- parter and for the series) -- and I'd put it down on the middle seat with the headphones, close to my seat.

Dang it if this geezer doesn't pick it up. "Oh, I thought it was mine." Yeah, right, except he was listening to a silver iPod Shuffle, not a full iPod Classic. He'd also retrieved a $20 bill and put it down on the seat. "Hey, you on LinkedIn?" I nodded. "Got a business card? I managed to get linked in with John McCain, so you could have a huge network like me!" I handed over a card, not for any desire to be linked in with John McCain, just a hope that it would shut him up.

The plane took off. Once at altitude I ordered a Heineken and my friend ordered a "vodka with a splash of soda". As usual I poured some of the can into the plastic cup and put the can on the floor, then continued to watch Doctor Who. My friend tossed back his and asked for another. I suddenly had a premonition: he was going to drink his $20 bill. At $4 a drink, he was going to knock back 5 vodkas and their splash between Nevada and Colorado.

I finished my beer and handed my can and cup over; one was enough for me as I still had the drive to Colorado Springs. Doctor Who finished with his regeneration into another form (Christopher Eccleston finished his stint and handed over to David Tennant). The drinker was on his fourth cocktail I suppose, judging from the dollar bills that were spilling over from the middle seat. I closed my eyes and listened to some music until I felt the plane start its descent. I got up to visit the restroom before the fasten seat belts sign came on. The boozer had just got his final vodka.

I got back to my seat just in time, the seat belt sign binged. Ol' Red Eyes was mopping up the middle seat: it appears he'd spilt his last drink. Stupid bugger, I thought.

And then I realized: he'd been using the cloth bag I use to store my iPod to mop up.